It is about 8 km from Denpasar. Batubulan had been known since a long time by the tourists because it’s handicrafts namely statues that made of sand stone. It can bee seen along the road of Batubulan. This village is an artistic countryside in west part of Gianyar regency. The identity and image as an art village, Batubulan has been famous in Indonesia and all over the world which has been built based on an artistic blessing dance of Barong (Barong and Keris dance). Barong Dance is daily performed at five different stages in this countryside, like Puseh Temple Stage, Tegal Tamu Stage, Denjalan Stage, Sahadewa Stage and Sila Budaya Stage.

Barong dance which is also known as Barong and Keris dance is a mixed of Balinese traditional dance, drama and music. The Barong is a mythological being in Bali that takes the form of a four-legged wild animal. This wild animal was the totem animal or the animal protecting the Balinese people before the Hindu relegion entered the island, because of the function as protector, the Barong is said to be manifestation of good forces which will always fight the manifestation of evil forces, the Rangda, who take the form of a frightening she-devil. The Barong Dance has always been popular in Bali. It is danced by two men, one man dancing the head and forelegs and other playing the hind legs and tail. The wel-known barong in Bali are the Barong Keket, the Barong Kalekek and Barong Landung. The dance performance show in the morning at Batubulan Village start at 9.30am taken from the Mahabarata epic, you can include to see this dance with other tour destination 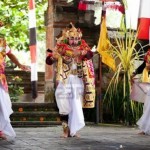 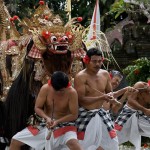 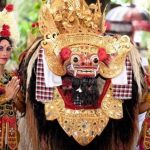 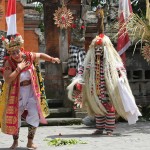 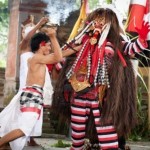 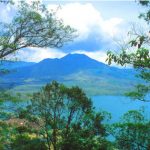